M.Amirthalingam is a Research Scholar, C,P.R. Environmental Educations Centre and working in the C.P.R. Project on Sacred Groves of Tamil Nadu

Sacred Groves can be considered as a part of forests left untouched by the local inhabitants, and protected in the name of the local village folk deities. Several such groves are reported in Assam, Bihar, Meghalaya, Manipur, MadhyaPradesh, Himachal Pradesh, Uttar Pradesh, Orissa, Rajasthan, and in other parts of India and Western Ghats. The tracts of sacred groves have been guarded from human interference on the grounds of religious beliefs. Gadgil and Vartak (1975), state that these traditional practices owe their origin to the hunting-gathering stage of the society. Sacred groves harbor vegetation in its climatic formation, and probably constitute the only representation of forest in near-virgin condition in many parts of India (Gadgil and Vartak, 1976). 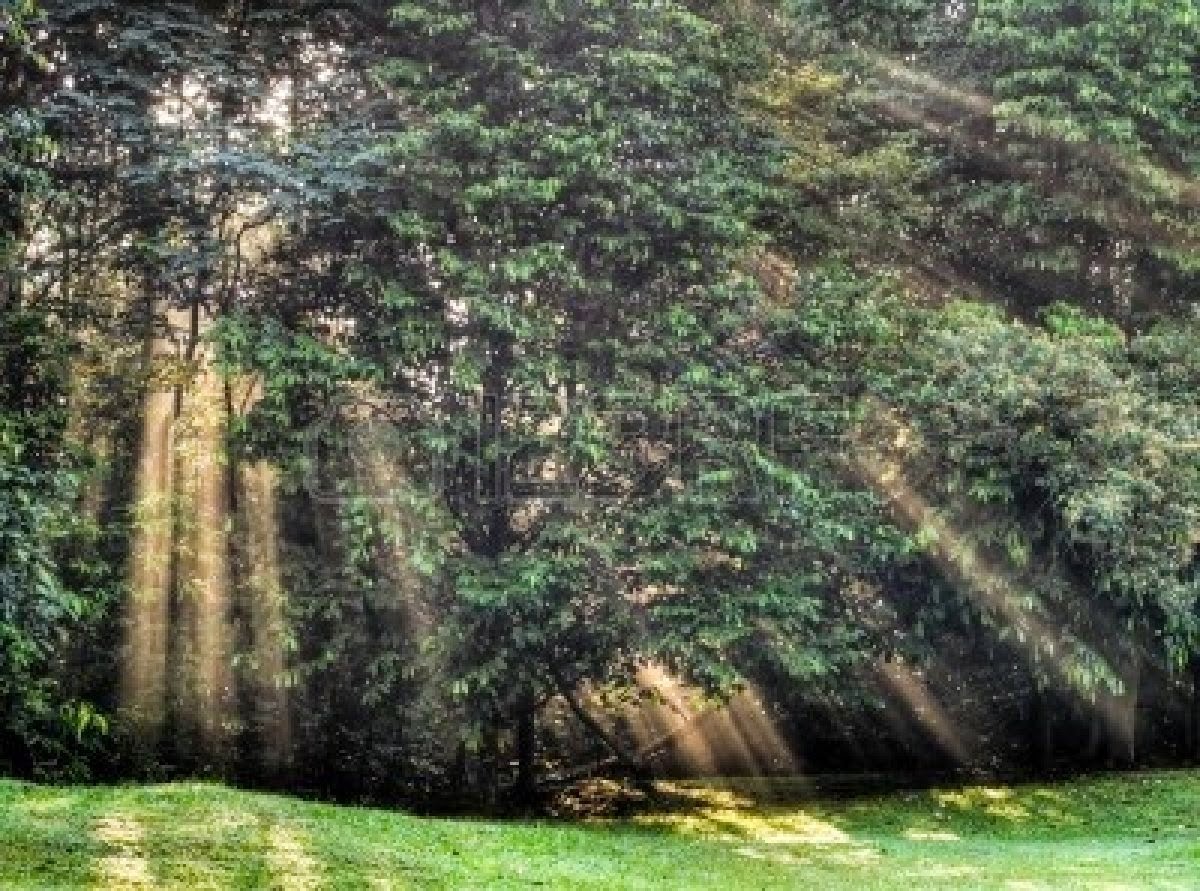 The sacred groves are the repositories of unique and rare plants. They are the home for myriads of insects, birds, reptiles, animals and store houses of the country's diverse natural wealth. Scrub jungles, which have disappeared in most regions of the Tamil Nadu, are protected in these sacred groves due to religious and traditional beliefs. Sacred groves help to retain the sub-soil water of the area, providing life sustenance for the villagers. These groves are left untouched by the local inhabitants and protected by the local deity. They may be preserved out of belief, fear or reverence, but the practice of conserving them is deep-rooted and cuts across caste and communal barriers. Sacred groves probably represent the single most important ecological heritage of the ancient culture of the India. They are a kind of conservation area as well as a spiritual retreat. These small thickets of wooded area which remain undisturbed amidst development are the last remnants of rural biodiversity (Conserving our Ecological Heritage, 1995). From ancient times to till today, the village people believed that anyone damaging these groves would be punished by the gods. Women folk, in particularly, were afraid even to go near to these groves.

In Tamil Nadu, these groves are found in Dharmapuri, Erode, Perambalur, Pudukkottai, Salem, Sivaganga, Namakkal, Nilgirj, Ttruchirappalli and Ttruvannamalai districts. Kovil Kaadus (temple forests) are found in every village settlement in Tamil Nadu and are regarded as the abode of the Mother Goddess and the guardian spirits of the village such as Aiyanar, Muniswarar, Karuppuswami, Veeran, and so on, who are powerful and can fulfill wishes. These deities are generally of an extremely primitive nature. 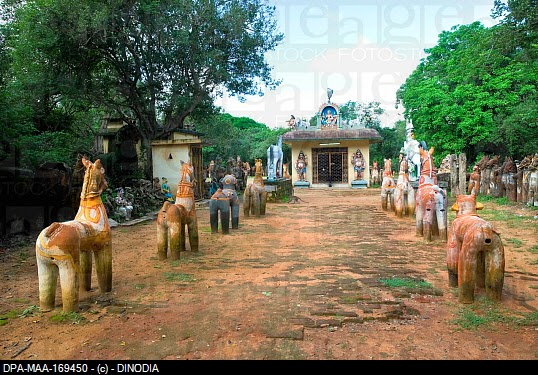 The deities, are often in the form of an anthropomorphic slab of stone, a hero stone, sati stone or a trident even, irregular lumps of stone serve as the deity in some places. Mostly, they lie under a tree / shrub or open to the sky, smeared with vermilion and turmeric powder. Often a thread is tied around a tree or miniature cradles are hung from the branches. The first is a form of prayer, while the second is a prayer for a child, particularly male. The cults are often associated with ancestor worship. A hero stone, sati stone, or small round stone representing ancestors are generally placed by the side of deities. The worshippers of these deities fear that even breaking a dead wood in a grove may result. in a serious illness or in violent death. Such strict taboos indirectly preserved these sacred groves in their virgin form, relic, of the forest that must have once covered much of the Peninsular India. 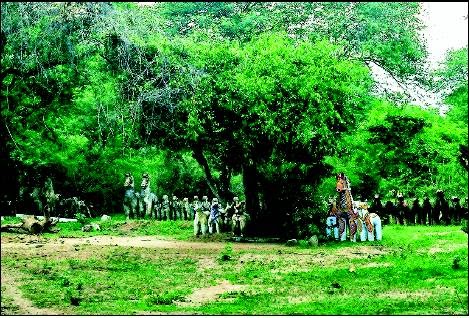 These sacred groves are the only remnants of the original forest maintained in many parts of Tamil Nadu. As such, these groves now play a vital role in the conservation and preservation of species diversity. The sacred groves represent a variety of vegetation types from semi-evergreen to dry deciduous, corresponding to climatic regions, with annual rainfall of 930 mm per year. In Tamil Nadu, they range from a clump of few trees to 20 hectares, though the majority are fairly small, being only about 1.5 hectares. Most of them are distributed over the plains of the districts as well as in the hill regions of the eastern and western ghats.

Folklore plays an important role in the conservation of sacred groves. Not only the tribal people, the rural people also preserved the sacred groves by their traditional customs, rituals, ceremonies and folk-beliefs. Folklore gives rewards and blessings for good behaviour, and punishes the non-believers or atheist. Several stories depict various facets of life and culture of the people. The annual festival is celebrated in all the groves of all districts accompanied by community offerings of pongal and animal sacrifice. As against the animal sacrifice, Aiyanar who lives in a temple is happy with the offering of a coconut and pongal. In all the districts, offering pongal to the associated deity is either by individuals or by the community. Sacrifice of fowl, goat, and sheep is offered to all the deities except Aiyanar. In some groves associated with Karuppu / Karuppuswami, pig is sacrificed. During the festival, the villagers organise a form of folkart called terukoothu at night. 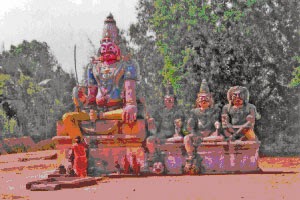 The people of Keelvanakkambodi in Chengam taluk of Ttruvannamalai district worship a hero stone in the name of Ammacharu. The name suggests a Telugu origin. A festival is celebrated once a year during the summer months. They sacrifice goat and fowl as an offering to the deity. According to local belief, Ammacharu is a goddess who has the power to protect people from evil spirits. During the festival of Aiyanar, the people of Tirunelveli and Tuticorin districts make offerings of an image of a crawling baby in order to fulfill their vows, to protect their children from evil forces and to ensure health and prosperity. Next to Aiyanar, the most favoured deity of the district is Karuppuswami.

It is believed that if cut coins are offered to deity, he will punish one's enemy. People of Puthupet near Pondicherry believe that a string tied below the knee of the horse has the power to do well or to cause harm to an adversary. The sacred Puthu (termite mount) is situated under an ironwood tree (Memexylon umbellatum), on which numerous cradles are tied with cloth. This practice is followed in order to be blessed with a child. In all the districts of Tamil Nadu, the votive offerings of terracotta figures are made to Aiyanar in fulfilment of a vow. The terracotta figures are usually domestic animals like the horse or bull. Sometimes, terracotta figures of elephants are also offered. For other deities such as Karuppuswami, Muniyappa, Veeran, Kaliyamman and Selliyamman, animals are sacrificed. For Karuppuswami, the ram and young she-goats are sacrificed before the deity, and for Kaliamman, goats are sacrificed by either diecapitation (tullumari) or impaling (kalupodudhal). The sacrifices are particularly gory and cruel, involving live impalement, throwing animals from heights, tearing them apart with bare hands or biting of live animals by the devotees.

A village named Nakkambodi in Perambalur district has a grove dedicated to Manjamuthaiyah, where no villager dares to remove even dead wood. It is believed that a person disturbing the groves will vomit blood as punishment meted out by Manjamuthai. In a village named Kanapadi of Turaiyur taluk in Tiruchirappalli district, in a small grove dedicated to Karuppuswami has coir with about twenty dried fowl hanging. According to the pujari, if anybody loses anything or has a theft in their home, they come with alive fowl and worship the deity. The belief is that the lost one will come back home soon. If successful, they return with a fowl, sacrifice it and make pongal as an offering to the deity. Conservationsof Sacred Groves are of vital importance to the ecological balance especially in our times where unsustainable development is happening at a rapid speed. At the same time the sacrifice of animals needs to be stopped.

ENVISCPREEC
C.P.R.ENVIROMENTAL EDUCATION CENTRE (CPREEC) C.P.R. Environmental Education Centre is a Centre of Excellence of the Ministry of Environment and Forests(MoEF), Government of India, established jointly by the Ministry and the C.P.Ramaswami Aiyar Foundation The Centre has been set up: To increase consciousness and knowledge about the various aspects of environment and also about the major environmental problems facing India today. To spread awareness and interest among the masses, with special emphasis on educators, voluntary workers, youth and women, with the purpose of promoting conservation of nature and its resources. The Centre has done pioneeringwork in the collection of Indian heritage traditions. It has several scientists and sociologists who have specialized in this subject. The Centre also an extensive library with several books and research papers on the focus area. The Centre has been spreading the message of protection and conservation of biodiversity by emphasizing the conservation traditions of India. Visit us at www.cpreec.org www.environmentallawsofindia.com